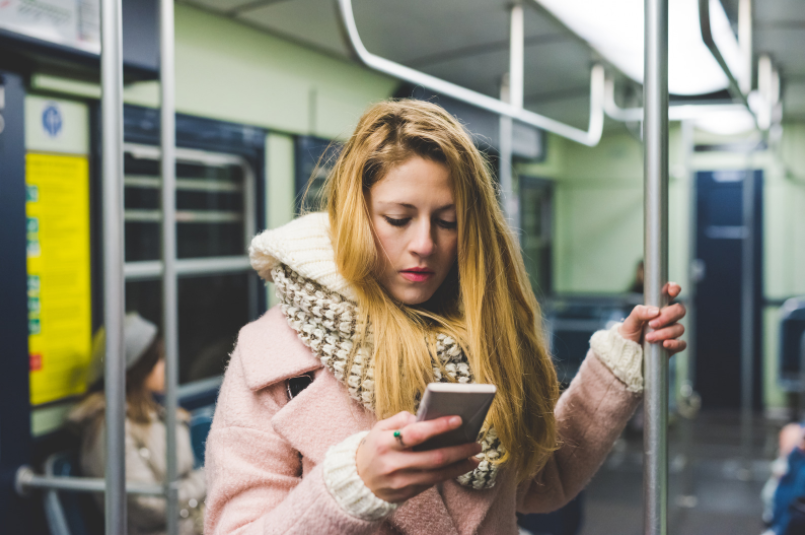 Current research on women’s mobility focuses on individual, social, and cultural factors that influence the use of the public transport system. Public transportation systems include a variety of transit options such as buses, light rail, and subways.

Public transport provides women with access to employment, resources, and means of connecting to society. In general, more women use public transit to reach work, school, community centers, and grocery stores. According to a Stanford University study, there is a significant gender gap in public transit that reveals that women rely more on public transportation than men. In 2017, The American Transportation Association found that most transit riders in the U.S. were women (55%). This was true for both bus and rail transits. Larger cities such as Los Angeles (L. A.), Philadelphia, and New York support this data (see table below).

The use of public transportation in rural and urban areas depends largely on accessibility. According to Public Transportation’s Impact (2014) report on rural and small towns, rural residents travel about 33% more than urban residents;  as a result, rural demographics make public transit desirable. Women working in non-metropolitan labor have shorter commute times and low-cost burdens. However, with large cities expanding job opportunities, the burden of traveling has increased for women. A study was done in Atlanta, Georgia correlates the relationship between low-income riders to the ridership of the metropolitan public transportation. This means that there is a socioeconomic relevance between women who partake in public transit and those who do not. Also, women’s movement through a given area may criss-cross, as one trip could involve multiple places and destinations for diverse purposes. UN Women describes this movement as trip-chaining, which means women tend to combine various trips, domestic, care-taking, and wage-earning into one long transit.

In public transit, it is very common that women have to get off at multiple destinations, pay multiple fares, and travel during off-peak hours. Across all modes, more women are making many trips per day than men. This results in more travel burdens such as cost, stress, and safety risk and it often exposes women to crimes such as sexual assault, sexual harassment, and human trafficking. Women who use mass public transportation are more likely to be at risk of harassment, assault, and human trafficking. According to the NYPD in 2014, sex crimes rose 19% from the following year, marking 738 alleged police reports relating to transportation crimes against women. Many of those crimes were forcible touching and public lewdness. This fearful environment also affects women financially, as they often turn to other means of transportation, such as taxis, which lead to higher transit costs. Likewise, in Los Angeles between October 2017 to September 2018, there were 145 sex offense crimes reported in the Metro transit line or the Union Station. Also, during this period, there were 14 rapes reported in the Metro transit line.  In the same study, 60% of female riders who participated in the L.A. survey felt safe riding the Metro during the day, but that number went down to just 20% at night. In terms of human trafficking,  bus stops and train stations present particularly good trawling grounds for human trafficking, since they are stocked with vulnerable people. Although The U.S. Department of Transportation has attempted to provide public awareness by posting posters and training staff, there has not been a comprehensive policy change.

A policy that addresses women and transportation needs to provide safety measures that will ensure women feel comfortable and safe while using public transportation. Harassment and assault are significant safety concerns for women riders; as it also further exacerbates time poverty experienced by women. Time poverty, as related to this data, refers to women lacking needed time to complete tasks since they must take additional steps to complete their trips within public transportation. Because women often avoid harassment and violence by stepping off a train car or bus after being harassed and waiting for the next one, they have less time to complete necessary duties or work (than men) thus leading to time poverty. Past legislation has attempted to address the issue by banning certain sex offenders from using public transportation. This was the case in New York , where city Councilman Chaim Deutsch proposed a ban to anyone who was convicted of subway sex crimes in 2019. Although the proposal had the support of Governor Andrew M. Cuomo, the ban has not been instituted yet.  The ban is designed to ensure the Metropolitan Transportation Authority (60% being women) will not be targeted by “high-risk” sex offenders while using the public transit system. This ban follows a 2013 state law that granted California’s public transit (BART) the authority to also ban repeated offenders.

At federal level, Rep. Peter DeFazio (D-OR) introduced H.R. 5139 the “Stop Sexual Assault and Harassment in Transportation Act” in 2019, which will aim to help track and prevent sexual assault and harassment from occurring in different modes of transportation. The resolution was referred to the Subcommittee on Crime, Terrorism, and Homeland Security, however, there is no hearing date as of yet. In an attempt to establish awareness for and combat human trafficking on public transportation, the 2020 New Jersey Assembly Bill 2638, seeks to provide public transportation staff with educational training courses on how to handle and respond to suspected human trafficking. Likewise, the  2019 California Assembly Bill 3221, amends existing legislation by providing safety precautions that ensure the safety of drivers and passengers.

In the United States, there are an estimated 2.4 million farmworkers laboring on farms and ranches, with 25.5 percent of the workers being women. Approximately...
Read more
Public Safety

Violence against transgender people has risen 36% since 2013.  As the current administration revokes trans rights and sets new transphobic policies, this rate is...
Read more