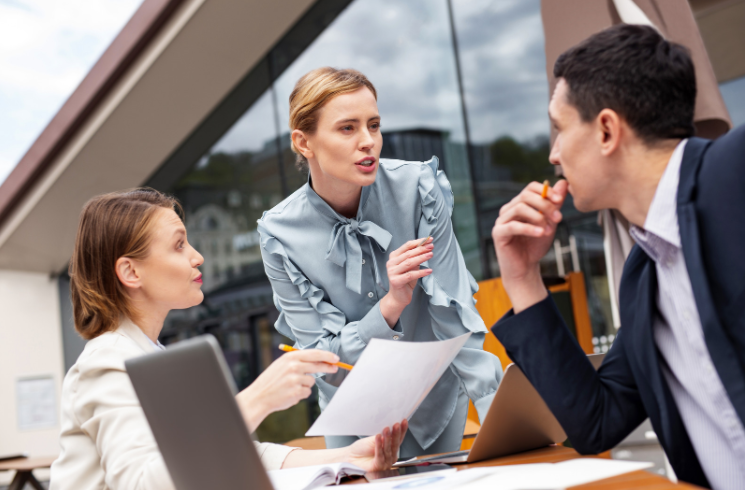 Globally, women are vastly underrepresented in leadership roles. Gender equality is a human right, but the gap persists in the opportunities and decision-making power available to women.

Although they comprise 50 percent of the world’s population, women are more susceptible to poverty and own merely one percent of the world’s wealth. Gender relations influence the distribution of output, work, income, wealth and power; as well as influence economic behaviors to which men and women respond differently. Gender biases transcend the economic market and behaviors into institutional order, indicating and regulating gender-cultural norms.

One in five Americans say women’s family responsibilities deter women from assuming top leadership positions in business and politics, while four in ten Americans indicate a double standard in women pursuing higher-level positions in political and business careers, as similar shares say the electorate and corporate America are simply not ready to appoint women to higher positions. The United States ranked 19th in the global gender index (measured by economic participation and opportunity, education attainment, health and survival, and political empowerment) signifying the gap in gender equality. Although women are the dominant majority in attaining higher-education degrees, to their male counterparts, women are still classified as a minority in reference to the attainment of leadership positions in economic enterprises. Women in the legal professions, make up 45 percent of associates, but only 22.7 percent of partners and 19 percent of equity partners. In medicine, they represent 40 percent of all physicians and surgeons, but only 16 percent of permanent medical school deans. Statistical data reflects similar ratios in careers concerning academia and financial services. When observing political positions, only 24 percent of Congress is comprised of women, and of the 312 available positions of statewide elective executive offices across the country, 23.7% are held by women.

The inequality and low status of women and girls have detrimental political, economic, and social consequences which hinder societies from attaining optimal results and progression. In order to promote and enhance gender equality and the presence of women in leadership roles, it is essential to review and transform current economic practices internationally, domestically, and statewide, in addition to advocating and encouraging a cultural shift in support of equal participation.